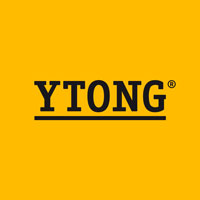 YTONG® autoclaved aerated concrete is a brand of the century: One of the strongest brands in the building materials market, that has long been a guarantee for the best thermal insulation in the area of masonry and solid quality, numbers among the premium group of top German products. At the same time, it represents the culmination of an unparalleled period of development.

In 1929, the first autoclaved aerated concrete was produced in the Swedish town of Yxhult. "Yxhults Anghärdade Gasbetong", gave birth a little later to the world's first registered trademark for a building material, Ytong, which went on to change the construction industry for good. 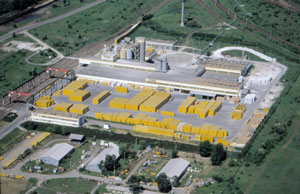 In Germany, the rise of Ytong began during the years of reconstruction in the post-war period, but reached its peak during the years of the economic miracle in the early sixties. Even as early as 1952, former Minister of the Economy, Ludwig Erhard, challenged the construction industry to use Ytong as a, "recognised good and modern building material", that was also comparatively inexpensive. 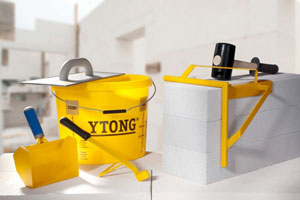 The rapidly growing acceptance of the material is closely linked with the introduction of the Ytong building block in 1960. This newly developed large format block offered unheard of dimensional accuracy at the time and could by used to construct an almost seamless wall using thin-bed mortar. It permanently and fundamentally changed traditional masonry techniques.

The Ytong blocks have been sold wrapped in yellow plastic film since 1967. This yellow film is part of the marketing strategy that places the emphasis firmly upon brand recognition.